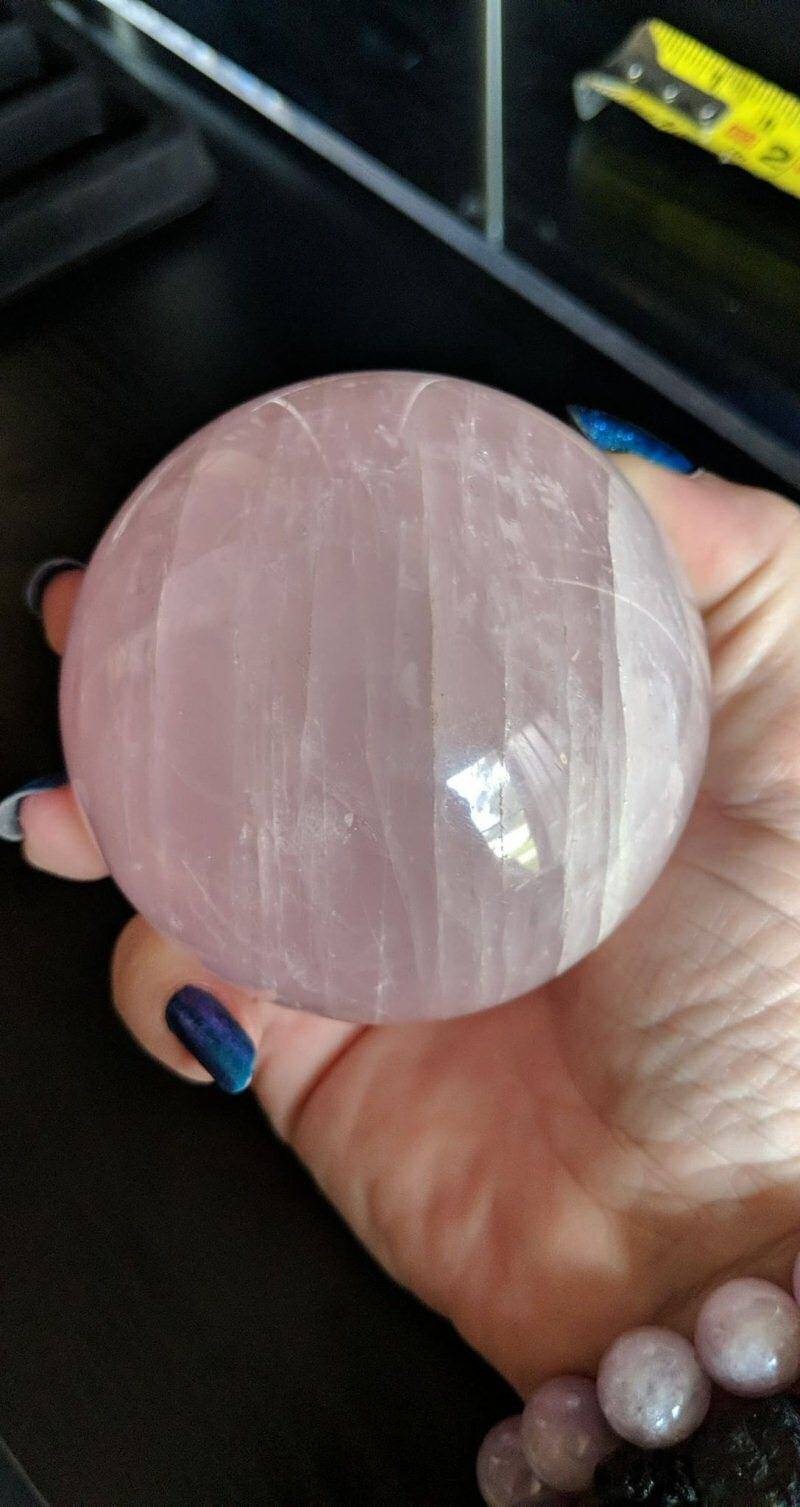 Environmental sized pieces can be utilized to invoke the innate energy of this stone in a space.

Don't be fooled by inexpensive fake star rose quartz out there, the star effect of those is created with a laser technique, and is just regular rose quartz, and is frequently dyed as well.

Star Rose Quartz is very high quality rose quartz that has a star of light with 4 or 6 rays that only appears when the stone is polished in a curved shape, and only viewable with a strong light source at a 60 degree angle. The stars come out most dramatically in strong light such as the light of the sun, sometimes with a holographic effect that seems to rise up out of the stone.

Star rose quartz is only found in a few locations in the world, ours is from Madagascar.

Star rose quartz can be combined with labradorite to create a very powerful foundation of auric field protection.